It’s not yet clear who carried out the attacks on the Nord Stream gas pipelines in the Baltic Sea last week, although many Western nations are suspicious it was an act of sabotage by Russia.

What is clear is that the ruptures have added to already heightened tensions and an impending energy crisis in the region.

While further investigations are required, if Russia was behind such sabotage, we can view it as an evolution of “hybrid warfare”, because it would highlight how the energy sector and critical infrastructure can be strategically targeted as an unconventional warfare method.

If the damage to Nord Stream is deemed to be a deliberate act of sabotage, there will likely be an escalation in the regional conflict.

What is hybrid warfare?

Traditionally, war was conducted on a battlefield, between two states in a defined territory. This is no longer the case. As technology has become more advanced, and the enemy more sophisticated, states have moved further away from this traditional warfare style.

Hybrid warfare refers to newer and more unconventional methods of fighting a war. It can occur across the political, economic and civil spheres, often blending several warfare tactics.

Hybrid warfare blurs the lines between conventional and unconventional warfare, as well as the distinction between times of peace and war. As stated by NATO, hybrid warfare can include a variety of tactics such as terrorism, migration, piracy, corruption and ethnic conflict.

While hybrid warfare isn’t a new concept, advances in technology have allowed hybrid strategies to be executed in new ways, such as cyber attacks and information warfare.

Many commentators are concerned Russia or other states with similar military capabilities could attack underwater internet cables.

It’s therefore understandable why some European politicians are claiming that if such critical energy infrastructure has been sabotaged, this would herald a new stage of hybrid warfare.

The recent development of new underwater technology, such as autonomous underwater drones, could also feasibly be utilised to achieve military goals. Such hybrid warfare strategies being employed in maritime zones will likely lead to further discussion on the applicability of the international law of the sea.

It’s important to note we’re not saying who we think caused the Nord Stream damage. We simply want to highlight that if a state or non-state actor were to be found responsible, such an incident could be considered an act of hybrid warfare.

Energy as a weapon

The extent of the damage to the Nord Stream pipelines, which carry natural gas from Russia to Europe, could exacerbate the already vulnerable situation of Europe’s energy crisis.

Controlling and targeting natural resources for military gain has occurred in several past conflicts. For example in Syria, Islamic State controlled an oil refinery and surrounding territory, thereby sustaining their financial model.

Also, the resultant ecological impact of the damaged Nord Stream’s gas emissions is reminiscent of an incident in the first Gulf War when Saddam Hussain deliberately destroyed oil fields and platforms to create an ecological hazard.

But the damage caused to Nord Stream isn’t within the boundaries of a territory where a conflict is occurring. It has happened in the international waters of the Baltic Sea, just outside the boundaries of the exclusive economic zones of Germany, Denmark, Poland and Sweden. It’s this feature of the incident that shows how hybrid warfare strategies have evolved – specifically how such tactics don’t need to remain in the conflict zone itself.

Indeed, the Nord Stream incident wasn’t an attack on Western or NATO states’ territories directly. As such, these are hallmarks of a “grey zone” act – coercive tactics which don’t meet the threshold of conventional military warfare.

If Russia is responsible, it could also be understood as a false flag operation. A false flag attack is one in which the actor aims to pin blame for the incident on an adversary, and to distort and weaken the opponent’s military cohesion. Such an operation would result in disinformation and could be used to trigger further military action.

It’s interesting to note that Putin has blamed the Nord Stream attacks on the United States, and the Russian ambassador to the United Nations said last week the US has much to gain from the explosions.

Such an approach would likely aim to weaken the West’s cohesion and willingness to continue supporting humanitarian and military efforts in the region.

Whoever the perpetrator is, such actions send a clear signal to the rest of the world as to the power, reach and willingness to cause disruption beyond the traditional boundaries of a conflict zone. 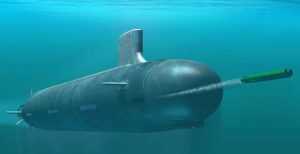 Nord Stream pipeline sabotage: how an attack could have been carried out and why Europe was defenceless